River fishing on River tributaries has been good this past week. The Oconto and the river systems to the North are holding a lot of Walleyes. ( I have been spending half my time on the Wolf River)

We are catching Post spawners males and bigger females Fox, Oconto and Peshtigo. Monday we caught several spawners leaking eggs on the Wolf 4 out of 14 one day last week. I am releasing the big fish on both systems.

Suckers are showing up in greater numbers and water levels are dropping. I expect some fish to still be in area rivers for the opener. But also feel the Bay will have fish to target as well. I will probably be on the Wolf River for the opener as the bite has not peaked yet.

For the opener –hedge your bets and try both the rivers and the open water of the bay. Use 1/4 – 3/8 jigs many days jigging will out produce trolling. I believe feeling a big walleye crushing a jig is as good as it gets! Have a great season out on the water. — See you around! 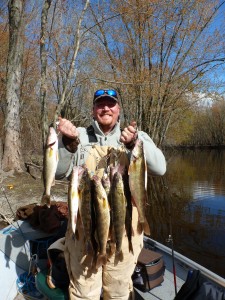 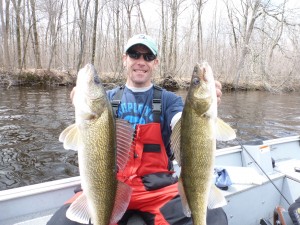 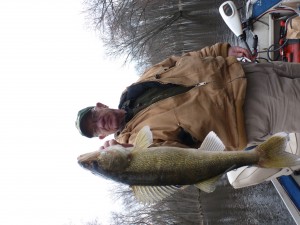 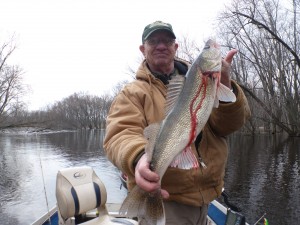 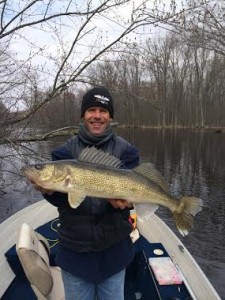 Gene caught 5 fish today the smallest was 21 inches the biggest was 25 inches. This small fish was the the only one kept. Sportsmen on the the system are seen daily releasing the spawning females. That is a requirement in my guide service as well. I have to say that it is making a difference. It is not easy when working for fish all day. But if you know the system, you know what awaits just around the corner. If you want to learn the system and get out in the next month call me and spend some time aboard one of my boats. 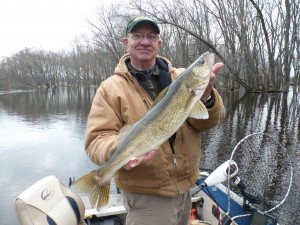 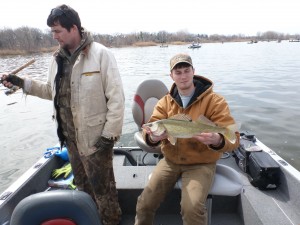 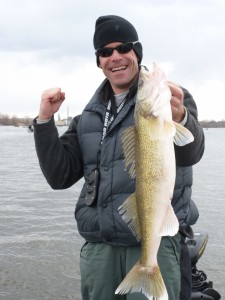 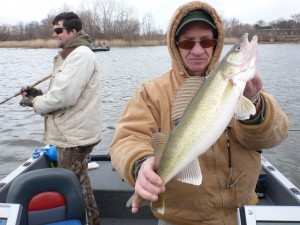 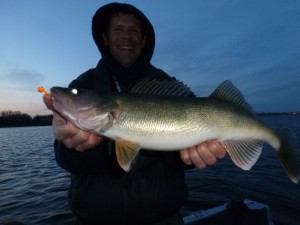 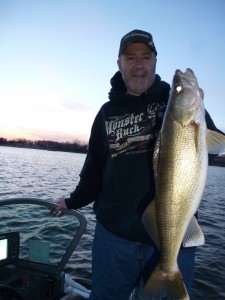 Walleyes are being caught, both males and spawning females and they are hard with milt or full of eggs. The bite changes and seems to go in spurts as it seems schools move up and down the river. We caught fish in 3 to 5 fow and did better in the channel in 17- 20 fow with 1/4 oz. multicolored orange/yellow jig heads. The fish are finicky and we landed 15 fish today fishing 730 until 2 PM.

The boat traffic was tolerable out on the water as well. I fished with a 3 great guys today from out of town. Fish ranged from 17 inches to 24 inches today and the bite was slower than earlier in the week. I still recommend this destination, the walleye bite will be strong for awhile.

I am heading to the wolf for walleyes Fremont. I will have reports on LL. The wolf is so much fun, probably my favorite! 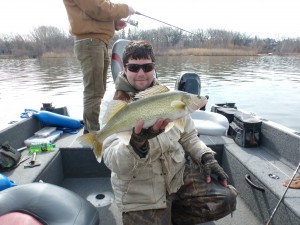 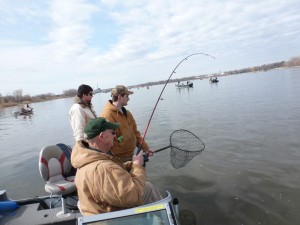 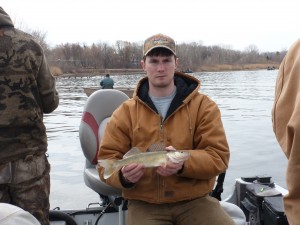 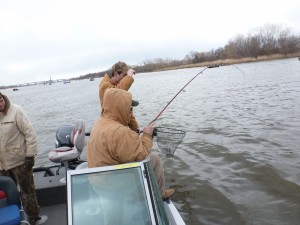 The tackle set up today were Med. Light 7 foot spinning rods with 10 pound fireline. I fished with 2 gentlemen casting jigs 3/16 – 1/8 Oz. We landed 27 walleyes 18 – 24 inches and lost more than I like almost to the net. The bite was good but today required a cast away from the boat as opposed to vertical jigging. Jeff and Steve were using plastic tails and jigs and live bait and jigs.

Weather conditions were excellent it was 60 degrees with no wind, sunny and a decent bite on the Walleyes!

I have openings on Friday if you want to join me on the Fox or Wolf rivers on a guided Walleye fishing trip. 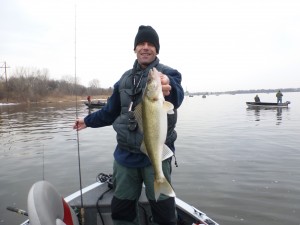 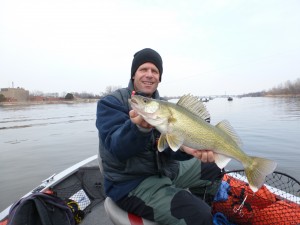 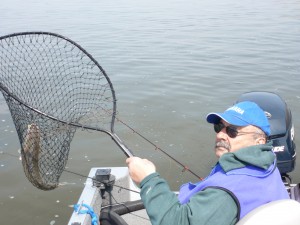 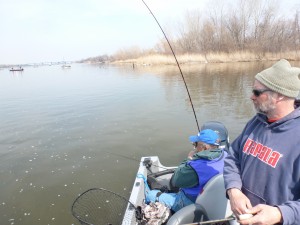